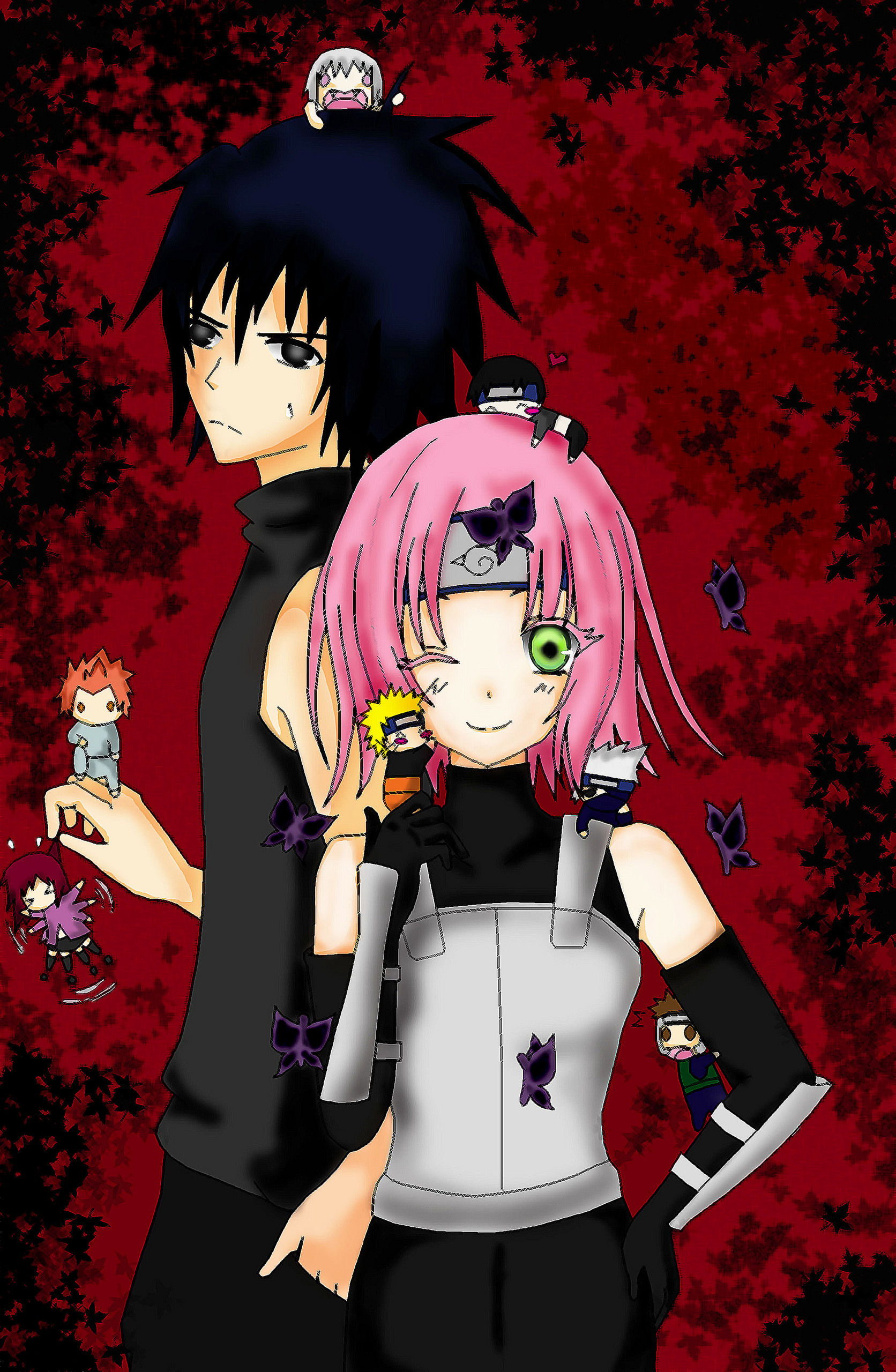 How will he act? What will happen? His Doorstep by inca-dove reviews Her lips tugged into a smile and her eyes crinkled at the sides.

He wasn't you Naruto. One shot, NaruSaku. Pairings at the moment are going to be based on input Just not SasuNaru or NaruSaku please.

This is going to be a slash just an advanced warning more inside. How will Naruto comfort his team mate, knowing that his own heart is aching?

My Life As It Is by phebez reviews After being rejected by Sasuke so many times, Sakura sits outside for hours thinking about her own stupidity for chasing this man.

Watching the cherry blossoms fall by Hououza reviews A short piece of poetry I wrote when thinking about the cherry blossoms. Background Music by tangerinefever reviews While on a date with Naruto, Sakura notices something strange about the background music Naruto managed to bring back Sasuke but was hurt badly.

In Sakura's POV. Flowers by Hitokiri Jotham reviews My first fanfic. Who knew Naruto knew so much about flowers? I need you here with me.

Naruto doesn't want to just be a replacement, but is he or has Sakura finally realized that he's always been there for her?

Loving You by blessed-devil reviews One of the few NaruSaku stories out there. Sakura gets into a fight with Sasuke, and then finally begins to notice Naruto.

What happens if Sasuke falls in love with Sakura? Who will she choose? And do I ever suck at summaries. Shining Bright by Emis reviews Sasuke is hurting himself to release some pain.

SakuNaru hate this paring but it goes with the angst. Warning: Cutting, Shonenai, may contain character death. You'll Hold my Heart Forever by sharingank reviews After a conversation in the woods, Naruto is left to decide whether or not to tell Sakura that he loves her NaruSaku oneshot.

Realizations by Kakashi-Sharingan reviews Sakura's realizations when Naruto is no longer by her side "Why must we realize the things we really love when we cant feel them by our side?

Can Sakura save Naruto from himself? After Sasuke's abduction. Sakura learns that even the one you've ignored forever, can be the one that will bring you happiness.

Am I worthy? Naruto's objection. Sasuke's rejection. What will Sakura do? A fic about when Naruto and Sakura met.

Chapter 4 is finally here! Sakura blooms with love Improved by Kakashi-Sharingan reviews After Sasuke's rejection,Sakura has find love with the only one she's never expected Love Is a Tough Thing to Guess by Sakura Kaijuu reviews Shikamaru's dad always asks him if he still thinks women are troublesome, but when he asks about Ino, Shikamaru starts thinking.

After accidentally pissing Ino off, he thinks harder about how he really feels about her Kakashi stopped at the middle of a random clearing. Naruto had a question mark pop on top of his head.

Because I want to read what happens next. Don't worry about it; it won't make a difference against you guys. Naruto tried to punch Kakashi but he blocked it with one hand, he tried for a kick but Kakashi ducked, Naruto tried another punch but this time Kakashi vanished and appeared behind him, Naruto looked back and jumped away.

All the Narutos charged at Kakashi as he, with one swift move, kicked them all and they all disappeared. Everyone just stood there, looking at the smoke that had once been… Naruto's clones.

Sakura reacted to that and… yelled a specific outburst. Everyone stood there looking at Sakura, she immediately caught what she said and she blushed.

Everyone immediately snapped out of their current thought as Sakura charged at Kakashi to get herself out of the situation as she threw punches and kicks at Kakashi who either dodge it or block it without getting his eyes out of his book.

Similar to Naruto, Sakura tried a kick but Kakashi ducked and appeared behind Sakura and was crouch down, Sakura didn't notice this.

She looked around, trying to find her Naruto-kun and she almost tripped and saw Kakashi in a clearing. With Naruto He was walking until he heard a faint scream.

Where did that came from? With Sakura Leaves were flying around Sakura, she had emotionless eyes as the leaves died out and she was left at an open field.

What just happened, I was pretty sure I was in the bushes! Sakura had a look of horror in her eyes as tears slowly formed in her eyes, this time her scream was loud enough to be heard by everyone.

They stood there for a moment. Sasuke stared at him hardly and quickly threw some shuriken at him, Kakashi easily dodged it.

Sasuke swiftly landed on his feet. I barely have time to read my icha icha novel! With Sakura Sakura woke up from her shock and looked around.

For all I know that could've been real! And Naruto would've been dead by now. Naruto looked around. With Sasuke and Kakashi "Well, I will acknowledge that you are different from the other two.

A genin shouldn't have enough chakra to be able to use that jutsu! Sasuke shoot a giant fireball at Kakashi, the fire engulf him as Sasuke kept the fire going for a while until he decided to stop, when the fire vanished, Sasuke was surprise to see no one there.

He's gone! To the side? No, above? Kakashi jumped out and took out his book. Well, you've already head above the others in this area.

Sakura was running around the place, looking for Naruto until she found Sasuke's severed head, they both just stared at each other, Sakura looked around to check of anyone was around, no one was.

She walked towards Sasuke's severed head and started poking him with an annoyed face then punched his head. Sakura turned.

With Naruto He was jumping from tree branches, looking for Sakura as he jump to the ground and continued running, he then made a sharp left turn and he bump into someone, he rubbed his head in pain.

Sakura opened her eyes and saw Naruto. Your alive, I thought Kakashi-sensei killed you! Sakura blushed because of that and Naruto started to wonder why she blushed but no time to think, it's time for action.

Sakura blush. Think about it later! Just like last time, all the clones charged at him and he took them out one by one without taking his eyes out of that book, they all vanished eventually.

Kakashi stayed there for a moment then he turned to Sakura. Well, this is the end of my first chapters, tell me what you think, tell me what's wrong and I'll fix it, until then, see ya next time.

Story Story Writer Forum Community. What if Sakura, instead of loving Sasuke actually loves Naruto but hides her feelings by pretending to love Sasuke?

Slightly stronger Naruto, Perverted Sakura and kakashi, nicer Sasuke. Chapter 1: Introduction It was a sunny day in the leaf village, full of civilian walking around, talking to people and buying thing.

It is currently , a girl with long rare pink hair walk out of her house. Sasuke simply looked at her for a second then he turned back to front.

You haven't even touched your food and it's your favorite. She made it her class and the first thing she heard was… "Huh, Naruto, what the hell are you doing here!

Suddenly, Naruto went to the front of Sasuke and glared at him. Sakura and all the others girls who were paying attention were in shock on what just happened.

Naruto was kissing Sasuke! They both quickly pulled apart and were gagging. That's just more peoples in my way.

Sasuke raised an eyebrow. Naruto had an irritated look. Sakura lowered her head, but not out of disappointment but out of relief.

Sasuke heard the whole thing with wide eyes. Sasuke leaned closer too. Sakura was shock. She turned to him.

Sakura was shocked that he didn't say her name. Naruto made it to Sasuke with Sakura able to get close to him "Sasuke! Sasuke slowly turned to him.

She was crying when I saw her on the bench! Sasuke stayed quiet for a while. Sakura was dreading that question. Sakura blushed. No I don't, I love you Sasuke-kun.

I…" Sakura was saying. Sakura hesitated for a moment. Sakura nodded. After a moment, Naruto put something on top the door.

The door opened and the eraser fell on the man head. He doesn't seem very reliable. Sasuke shook his head in disappointment.

What kind of duties! Come on, tell us! Everyone seems confused. I told you'd flip! But we worked so hard… then what was the point of graduating?

Don't be late tomorrow. Time skip: the next day Kakashi came to his future team. That's an understatement. Hurry and come at me.

This kid got some skills. N-no, I-I…" Sakura stuttered, she looked at Naruto and blushed. Sakura arose from the water with a hateful glare. How's your butt?

Is that so, why don't you come at me again. Sasuke sweat dropped and rubbed the back of his head. I fell for his trap. She screamed.

Sasuke and Naruto reacted to that scream. With Naruto Naruto looked around. Sasuke made some hands sign. The hell was that for! Moment of silent. Get me out!

Sakura quickly turned to him and tried to dig him out. After a while, Sasuke was finally out. You ok! You think I'm that weak?

That's not nice Sakura-Chan. She told both of them the plan, when she was done, both of them smiled. Kakashi was standing in the three stumps as he watches the alarm clock.

Suddenly, all three of them came towards him. Getting a little cocky now are we? Naruto made his traditional hand sign. You cannot beat me. 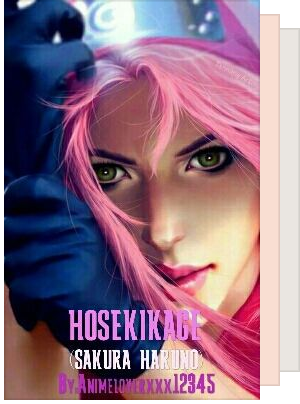